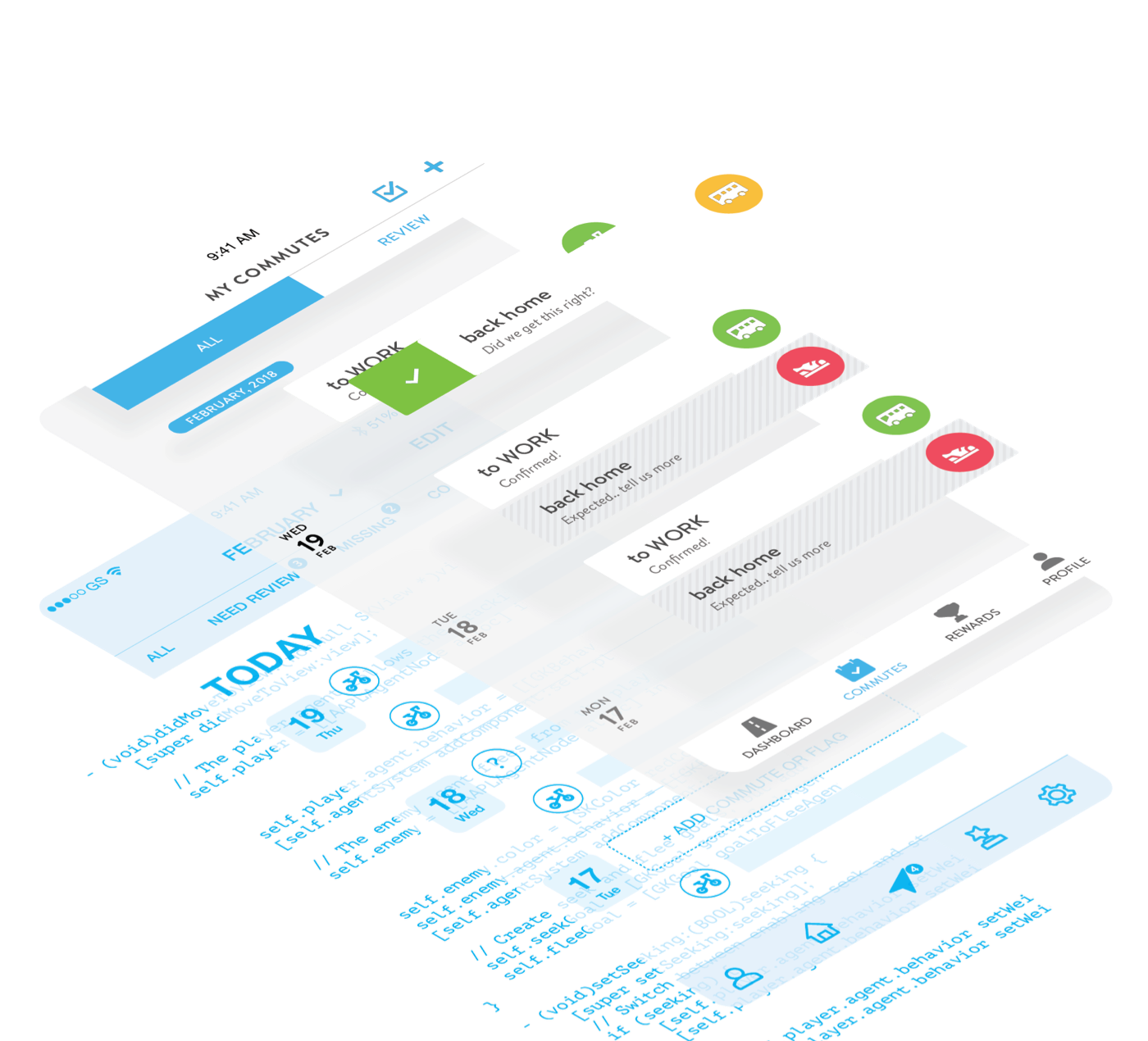 Working with a dynamic startup like RideAmigos that quickly wants to expand its business in the transportation market – a competitive new sector – has been an exciting and eventful ride. The entire project was characterized by a high level of agility and flexibility as the infrastructure we relied on and RideAmigos clients’ needs were in a constant state of flux. Within a short amount of time, we were able to deliver an excellent product for iOS as well as Android.

RideAmigos is a US-based commuter engagement hub, used by businesses and communities to help commuters overcome parking, traffic and pollution issues. Thousands of organizations, including top employers, government agencies, and universities use RideAmigos to understand and incentivize commuters to make smarter choices—reducing congestion, parking demand, and environmental impact, all while improving wellness. RideAmigos’ powerful platform and programs bring together a broad range of fragmented mobility solutions with behavioral science to change the way the world commutes.

Parkside was presented with the following major tasks in collaboration with the RideAmigos team led by co-founder Ben Dalton:

We followed a rigid minimal viable product design and development technique to help RideAmigos to enter the market and get feedback quickly. In addition, we focused our user experience efforts on optimally aligning with RideAmigos’ main business goals.

In the six months following the launch of the redesigned mobile app and platform, RideAmigos saw increases in adoption and engagement across the board.

*compared to the same period in the year before the initiative.

RideAmigos, based in Los Angeles (CA/USA), is a platform for commuter management solutions. The platform is used by governmental, corporate, and campus commuting networks. The main features include multi-mode travel dashboards, incentives and reward systems, and intelligent route mapping. One essential core functionality of the platform is trip detection. With the RideAmigos companion app, users can log their daily commutes on their phones.

The RideAmigos vision is to make commuter transportation management as easy as possible while providing employees with a better commute, thus making the world a better place for everyone.

RideAmigos approached Parkside to help to create a native iOS and Android companion app for their commuter management platform and services. There was already a hybrid app that was developed in Ionic, a cross-platform framework based on Apache Cordova. This framework is helpful for the rapid and lower cost development of apps for both iOS and Android – it works by compiling native apps from one code base for the two platforms. You can think of it as killing two birds with one stone, but why would you want to do that?

While this seemingly faster method works for some business cases, there would be technical and user experience limitations when applying this framework in a more sophisticated and complex way. Additionally, users of each platform have different UX expectations, meaning that iOS and Android users expected slightly different things from the app on their respective platform. The gap between platforms is becoming smaller, but it’s still there. Apps developed in a cross-platform setup are also often lacking when it comes to performance.

Besides the negative technical factors, there is also a marketing aspect to be considered: a native app (in comparison to a hybrid app) is likely to perform better in the app store rankings because of better performance and ease-of-use.

Considering these negatives and the desire to create a product that is ready for scalable design, the cross-platform development framework used so far would not meet the RideAmigos requirements in the future.

So the decision was clear: Ditch the current app and build a native solution from scratch.

Diving deeper into the workings of the RideAmigos app and platform together with the RideAmigos team, we quickly found out that before starting with the actual app we should take one step back and improve the user experience of the desktop application with an initial set of smart fixes that could be quickly implemented. Starting with UX on the RideAmigos platform

Diving into the improvement of the user experience of the RideAmigos platform in a step-by-step way, we learned that the current user interface and the fundamental branding limited realization of the RideAmigos business goals. It also hindered us from doing a great job, so it was time to change things up.

As parallel project tracks opened up, we worked simultaneously on the brand, the UX of the platform and the actual iOS and Android apps. In that phase of the project, we also created the overarching visual storytelling concept of utopian environmentalism.

The concept of utopian environmentalism brought clarity and focus to the RideAmigos vision. We could then introduce illustrations that gave the app its visual language along with a more distinctive and unique appeal.

Creating the apps: ditching the old, starting from scratch

The development of the new apps turned out to be pretty exciting as it was anything but business as usual. Here’s an overview of some of the challenges:

To go to market quickly and collect valuable feedback from the first real users, we centered the app design and development around a set of crucial and essential core features that could satisfy early adopters.

All ideas, concepts and conceived features of the app were therefore continuously challenged by us along with the RideAmigos team: Is this the smallest product that can be successful in terms of design, user experience and technical features?

The final set of features, technical as well as design and user experience, was only designed and developed after receiving positive feedback from early-adopting users.

One particular challenge we came across during app development was the trip detection for iOS, one of the core functions of the app.

The trip detection library that was in use for tracking all commutes from point A to point B with Android smartphones, for example by foot or by car, was ready for the requirements of the new app. In contrast, the iOS library (a third-party solution provided both libraries) didn’t match the quality standards and needs of the new app. Working on the current iteration and adjusting it for the new app turned out to not be a future-safe solution. Comparing the resources needed for improving the existing library with writing a new one, we decided to come up with a new library tailored to RideAmigos’ custom needs. We also managed to deliver the library within the original timeframe.

Evidence-based design and development – user testing as a success factor

To make sure that user interface design activities and hence all development steps lead to a positive overall user experience and can also meet user expectations, we ran extended user test sessions. We primarily tried out different branding and UI elements to find out which ones worked best for the testing groups and which ones didn’t. This process allowed us to focus and refine not only the direction of the look and feel of the app; it also had a significant impact on the user interface of the final app. 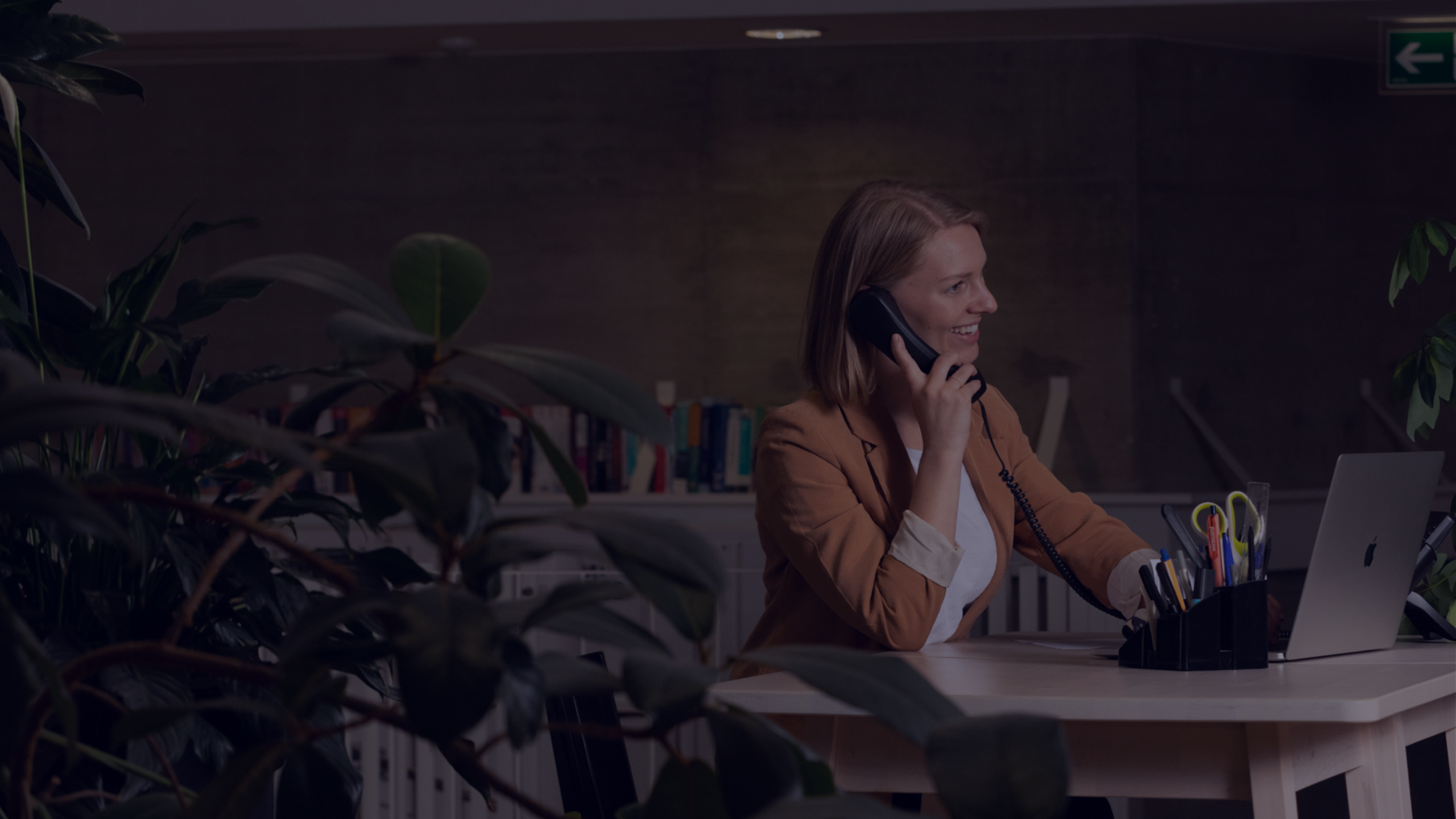 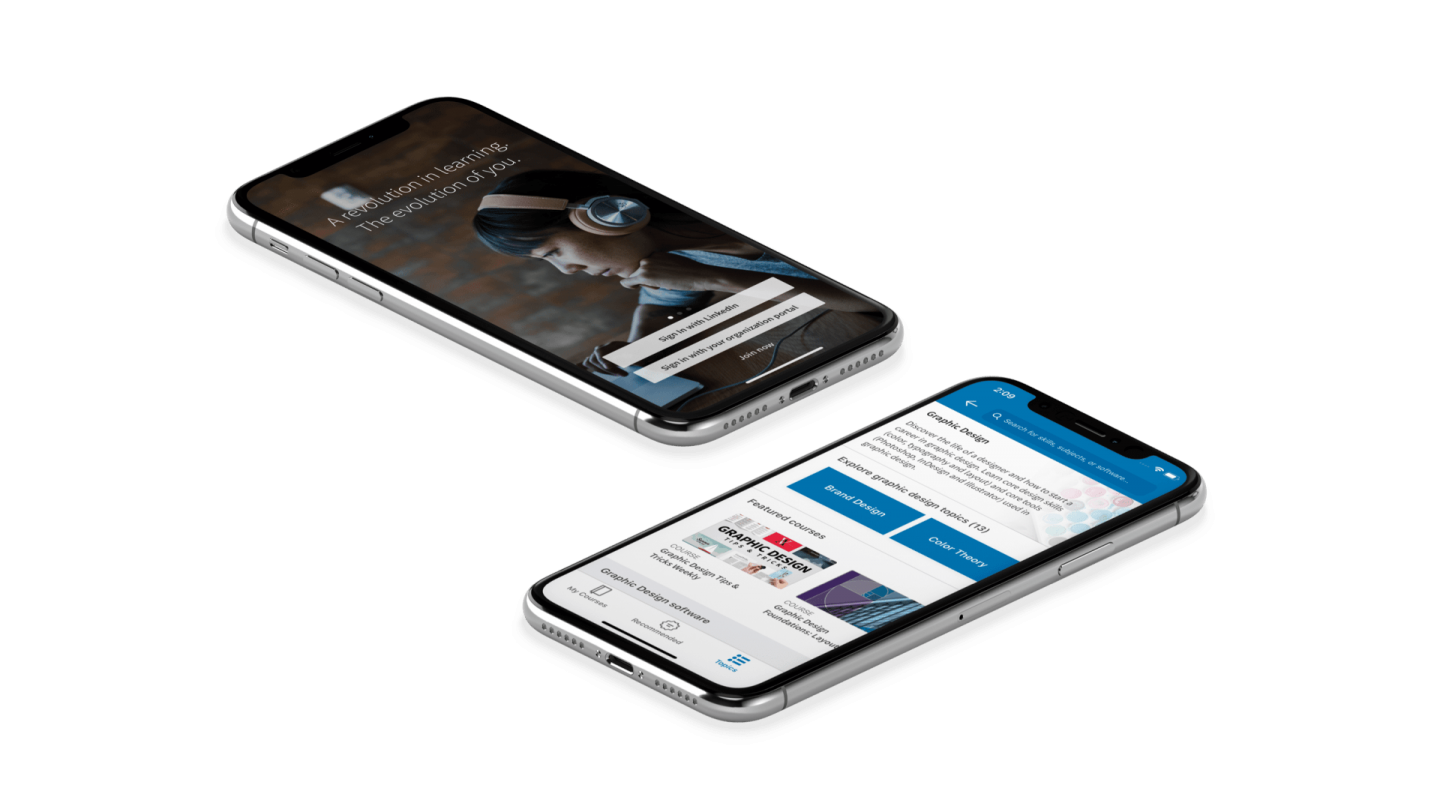 Mobile Development
Bringing LinkedIn Learning to Mobile
Explore case
We're using cookies to provide you with the best possible service. By continuing to use this website, you consent with our privacy statement. Okay!